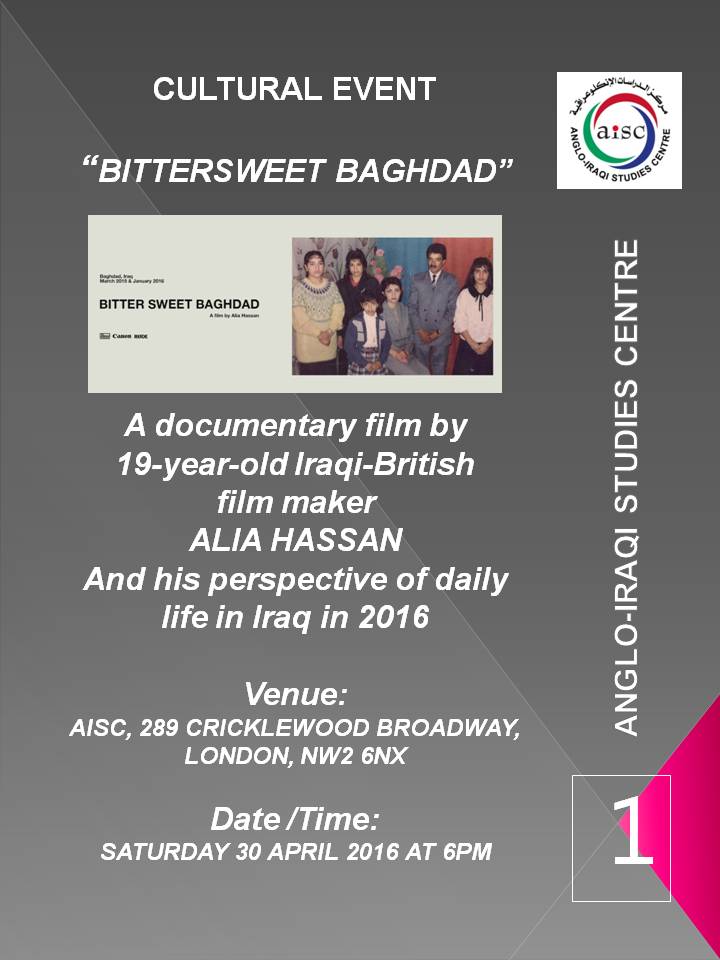 On Saturday 30 April 2016, AISC will host the 19-year-old film maker, Alia Hassan, who has made a documentary film which he describes as “a new powerful film/documentary that attempts to understand the difference and similarity of people living in modern day Iraq and ourselves in the west. The film accounts many different people in their day-to-day activities.”

Hosting this event forms part of AISC’s commitment to engaging with young Iraqi-British citizens and the second generation of Iraqi-Britons, encouraging them to develop their knowledge and become experts in Iraqi issues and Anglo-Iraqi studies, via the mediums of education, films, documentaries and so on. 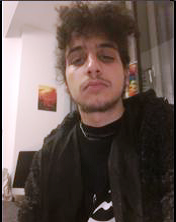 This knowledge presentation was delivered at AISC’s offices on 25 July 2017 by Dr Sayed Ali Al-Hakim,…

On 24 September 2016, the offices of AISC will host a cultural event featuring the music and…