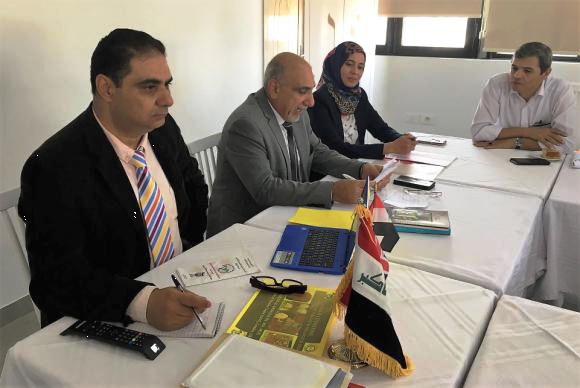 Nadeem Al-Abdalla, Anglo-Iraqi Studies Centre (AISC) manager, was invited to attend this conference which was held in Sfax, Tunisia, between 21-24 September 2017.

This conference was organised by Tunisia’s Golden Poems Association with the support of local dignitaries from the Sfax region.

The opening ceremony for this festival was held at Sfax’s Alissa Palace Hall on 21 September 2017. This ceremony included a welcome from Ms Samira Shamtouri, manager of the Golden Poems Association, and fifteen poetry recitals. The opening of the festival was followed by an evening of traditional music and entertainment at the Al-Mahani Palace, a traditional Tunisian palace.

On 22 September 2017, a cultural workshop was held which included presentations by three speakers. This included Nadeem’s presentation on the subject of “world literature from Sumerian tablets to the digital era”. Later, delegates visited Sfax University’s media college and gave recitals to students. In the evening, another traditional musical reception and concert was held for delegates.

The final day, 23 September 2017, included a tour of Sfax, Tunisia’s second largest city after Tunis. This included sightseeing in the old town. Later, the closing ceremony for this festival was held. 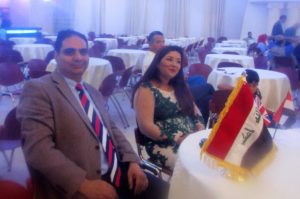 “World Literature:
From Sumerian Tablets to the Digital Era”

On the second day of the festival, a cultural workshop was held on the subject of “poetry and creativity in the digital age”. This workshop included presentations from three speakers; Nadeem Al-Abdalla, Dr Idris El-Mourabit from Morocco and Dr Ahlam Moamary from Algeria. It was facilitated by Mr Ahmed Al-Sayegh.

Nadeem’s presentation focused on the technology of writing through the ages; for him it was both a personal and historic journey. Nadeem started this journey with the origins of early human writing on clay tablets in ancient Sumeria (Mesopotamia), with many examples of this cuneiform literature. He then moved to writing on Egyptian papyrus scrolls, with examples from ancient Egypt’s hieroglyphic literature, and many examples from different parts of the world showing writing on animal skins, including the Magna Carta and the Mappa Mundi, both old English documents written on vellum (calf skin). In the 15th century this gave way to the era of mass printing production using paper (the paper age), and in the 21st century this has now moved into digital publishing online, both on specialist websites and individuals’ social media sites.

His presentation then looked at the digital era (2000-present) and its impacts on creative writing, marketing, publishing and the changes that resulted to literary infrastructure, such as the creation of the “books on demand” concept and the concept of electronic books. 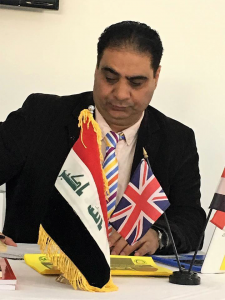 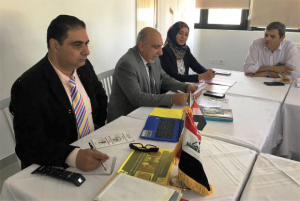 On 24 September 2016, the offices of AISC will host a cultural event featuring the music and…

On 20 December 2016, a seminar was held at the Anglo-Iraqi Studies Centre (AISC), focusing…